skip to main | skip to sidebar

I'm feeling a little nauseous and exhausted. Earlier I had a dizzy spell and my thighs were aching. My boyfriend would say it's probably PMS. Maybe I haven't been drinking enough water. I haven't even been outside yet. But I think it resembles heat stroke and I'd like to blame it on global warming.

I'm so tired of listening to liberals making a political issue out of an enviromental issue. Show me that Bush agrees, and add it to the list of disappointments. But don't try to convince me Al Gore is a climatologist and that 100% of all scientists agree on the impending doom we face as the globe heats up. It simply isn't accurate.

My latest favorite comes in a headline from the NYT (my favorite): "Songs for an Overheated Planet." Hey, I'll promote global concerts for good causes, but honestly, this title is one I'd expect to see on a Raffi tape for 4 year olds. (Sidenote: I spoke too soon. I can just see Dora the Explorer and other kid cartoons leading the way to places where climate change has 'severely impacted' life, brainwashing our youth who will be singing songs about carbon levels and minute degree changes before we know it.)

And who says we've over-heated? I don't see the masses being treated for heat stroke. I guess I'll wait for Michael Moore to release Sicko II: a feature film on how global warming will cripple health care operations across the world.

Would those promoting this radical, onerous mayhem over our (apparently?) rising global temperature, please help me understand this:

How come 30 years ago the concern was global cooling and we had to save the globe from an ice age?

In the 1970s, leading scientists claimed that the world was threatened by an era of global cooling. Based on what we've learned this decade, says George Kukla, those scientists - and he was among them -- had it right. The world is about to enter another Ice Age.
Dr. Kukla, in 1972 a member of the Czechoslovakian Academy of Sciences and a pioneer in the field of astronomical forcing, became a central figure in convincing the United States government to take the dangers of climate change seriously.

Many today speak with derision of the 1970s global-cooling scare, seeing it as a
cautionary false alarm. Others see it as an embarrassment -- Newsweek magazine,
which published a 1975 article entitled "The Cooling World," even corrected the
record with a 2006 follow-up to its 1975 article arguing that scientists now
have it right.

Oh yes, scientists now have it right. They, like Kukla, should also know global warming always precedes an ice age. So it's the cool thing to be on board the global warming bandwagon.
Is global warming just another exasperated fad? Another embarrassment? 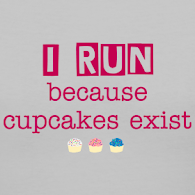 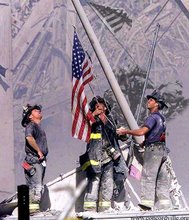